Laser Plumbing & Electrical Napier have been established as a combined company since May 2nd, 2017.

Laser Plumbing and Electrical Napier have always had a family focused view with an attitude to continually develop staff and improve our 'Totally Dependable' customer experience.

When you hire a Laser electrician, you'll receive our 'Totally Dependable' service, guaranteed. 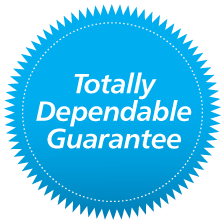 Laser Plumbing & Electrical Napier were very proud to support this amazing event, not only with a donation but our staff attended this event on a corporate table for our 2013 end of year Christmas function.

This was an amazing and special night for our team as we watched our Project Manager Reihana Manaena and his gorgeous wife Sarah-Jo Manaena step into the ring for the cause. These two trained hard for eight weeks and stepped into the ring for the first time on the night. Both had amazing fights and were recognized by the National Secretary of the Professional Boxing Association who had this to say:

I closely observed for the Fight of the Night and 4 bouts closely qualified. The bout of the night in my judgment was Bout 10 Manaena Vs Lui. These two boxers gave their all. There was nothing left. The next bout to that one was Bout 5, Ramage Vs Manaena. Please pass on our congratulations to these fine boxers for their ultra efforts."

The night was a huge success and managed to raise approximately $17,000.00 for the Child Cancer Foundation.

The whole team were very proud of both Sarah-Jo and Reihana and all left the evening feeling very inspired by their courage and generosity.

First call service was very very professional. Polite, clear and follow up was awesome. It was my initial treatment and smile over the phone that sold Laser Plumbing and Electrical to me. Service men from plumbing and electrical were here in a flash..."

The 2 guys were lovely. Very friendly and although we had a huge booking on whilst they were here they were very quiet and friendly to all our guests."

Every thing was done very efficiently. Very helpful staff pleasant to have around. A very positive experience."

The ongoing service we receive has always been professional. No recommendations."

Now that I have found Laser Electrical Napier I would not use any other electrical provider. I fully recommend them and will continue to seek their services in the future."

Awesome and professional. Always family focused, reliable and willing to go the extra mile. Would recommend this company and its owners without a shadow of a doubt!"

I have been using Laser Electrical Napier for our factory electrical requirements for a number of years and I've always found them to give a prompt and reliable service with a high standard of workmanship."

The team has always provided a fantastic and reliable service, with quality workmanship. I will continue to use Laser Electrical Napier for future projects and would highly recommend them to others."

They provide a second to none service, a high standard of work and have never failed to meet a deadline. Laser Electrical Napier staff have an eye for detail and never fail to leave a site tidy and safe. This company have always gone the extra mile for their clients."